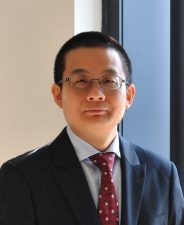 Pui Sun Tam is an Associate Professor in Business Economics at the University of Macau. She holds a PhD in Economics from the Chinese University of Hong Kong, as well as a Master of Economics and a Bachelor of Social Sciences from the University of Hong Kong. She has research interest in applied econometrics, development economics, financial economics, and tourism economics. Her research output has been published in journals such as Journal of Comparative Economics, Journal of International Money and Finance, and China Economic Review. She serves on the editorial board of Asia and the Global Economy, and is also the guest editor of a special issue of Journal of Asian Economics. 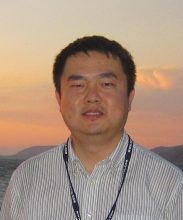 Brenda Yang ZHANG is an Associate Professor of business economics at Faculty of Business Administration, University of Macau. She obtained her Ph.D. in economics from Nanyang Technological University, Singapore. Her research interests include economic dynamics, energy economics, innovation and corporate finance. Her publications have appeared in leading international journals such as Journal of Corporate Finance, Journal of Economic Dynamics and Control, Journal of Economic Behavior and Organization and Energy Economics among others. Dr Zhang was visiting scholar to University of Cambridge in 2013 and currently serves as Assistant Editor of Singapore Economic Review.

Prof. Yi Ding is Assistant Professor of Business Intelligence and Analytics at Faculty of Business Administration, University of Macau. Her expertise lies in the field of financial technology, specifically high-frequency financial big data, and statistical machine learning. Her other research interests include financial econometrics and high-dimensional statistics. Dr. Ding has published papers in Journal of Econometrics and Journal of the American Statistical Association.

Fung Kwan’s research centers on the labour market, agriculture, productivity & efficiency, and growth.  He was a visiting fellow at Clare Hall, Cambridge UK and Brandeis University US.  He is an advisor of the Economic Development Committee of the Macao SAR Government.  His current research projects on Macao include the ongoing “A Macroeconometric Model for Macao”, presenting annual economic forecasts of the local economy; the “Greater Bay of Guangdong, Hong Kong and Macao – Economic Diversification, Progress, and Convergence”, offering an index to measure the economic progress of GBA; and the 《針對低薪行業進行有關薪酬階梯連鎖反應的研究》, a local government commissioned consultancy project on the linkage effect of wage ladders in the low-pay industries.  On China, he is working on land and migration decision, efficiency of hog production, and China’s growth decomposition.  Selected publications include “Surplus Agricultural Labour and Its Implications to China’s Lewis Turning Point” China Economic Review 48:244-257, and “Labour Reallocation, Productivity Growth and Dualism in China” International Review of Economics and Finance 57: 198-210.  Fung’s research covers various economic issues of the mainland China, the Greater Bay Area, and Macao, the most dynamic regions in Asia in the 21st century.

Dr Aileen Lam is an assistant professor at the University of Macau. She is an environmental economist with research interests in the areas of modelling energy policies and innovation, the macroeconomic impacts of low-carbon innovation, the diffusion of innovations in the transport sector. As part of a consortium effort led by Cambridge Econometrics (E3ME) and involving the University of Cambridge, the University of Exeter, and Open University (GENIE), she was part of the team that developed the transport sector component of the integrated assessment model E3ME-FTT-GENIE. The modelling suite has been used to assess policy proposals of many governments, including governments and policymakers in Asian countries. she has carried out climate policy analyses using Asian countries as case studies. Her research has been published in high impact journals, including Nature sustainability and Energy Research and Social Science. Aileen holds PhD, MPhil and B.A. degrees in Land Economy from the University of Cambridge. She is also a fellow at the Cambridge Centre for Environment, Energy and Natural Resource Governance at the University of Cambridge. 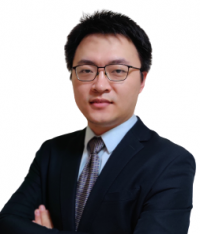 Prof. Tao received his PhD in economics from Singapore Management University. He obtained his master degree in finance at Renmin University of China and bachelor degrees in economics and in management at the Southwestern University of Finance and Economics. Prof. Tao’s research interests lie in econometrics and empirical asset pricing.

My research focuses on macroeconomic theory, with specializations in economic growth, innovation, and intellectual property rights. My research attempts to incorporate various policy instruments, such as patent instruments, fiscal instruments, and monetary instruments, in models of endogenous growth to explore their effects on important macroeconomic variables, including economic growth, social welfare, income inequality, and technology transfer. In particular, many Asian economies are emerging economies that face challenges in long-run growth, middle-income trap, industrial transformation, and international competition . This research topic provides useful information to policymakers’ optimal design for policy tools and welfare evaluations for policy implementation during economic transition to the industrialized stage and interaction with the global economy.

Allen Vong is UM Macao Fellow in Social Sciences at the University of Macau. He received his PhD in economics from Yale University. He obtained his undergraduate degrees in economics and in mathematics at the University of Melbourne. Allen’s research is concerned with game theory and information economics, with a focus on the design of policies and institutions that channel people’s selfish incentives into socially desirable outcomes. Applications of his research address a variety of economic settings, including the local economy of Macau. Allen is also a member of the Asia-Pacific working group of the Mechanism Design for Social Good Initiative that examines economic policies to improve societal welfare.