The University of Macau (UM) and Zhejiang University (ZJU) today (12 July) held a plaque unveiling ceremony for their Joint Research Centre for Smart Government and Joint Research Centre for Financial Innovation. Through the new centres, both parties hope to combine their academic strengths and resources to carry out innovative research in the areas of smart government and financial innovation, in order to extend the frontiers of science and technology and to promote each other’s research and technological development in related scientific fields. 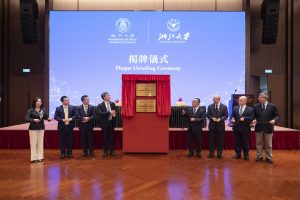 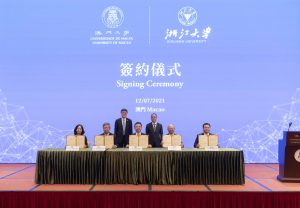 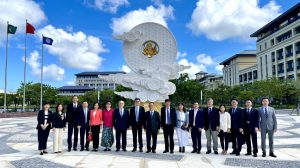